Our annual banquet was held at Makray Memorial Golf Club on April 1, 2016. Our emcee, past BBHC President Renee Iacullo, did a great job keeping the night moving along and entertaining the crowd.  Everyone enjoyed the video showing highlights of the season created by Tommy Slott.  Each player was then presented with a certificate by our coaches – Steve Martins, Geno Melone, Matt Leitze, and Matt Spica.  Coach Martins talked about each player and their contribution to the team and awarded individual recognition awards to several players.  In addition, twelve SHL All Academic Team Players were honored for their academic excellence.

The coaches were thanked for their time, dedication and commitment to our players.

Mary Jo and Ralph Kunzmann were honored for the dedication and support they have given to the club over the years.  Dr. Jim Bresch was thanked for his "on-call" medical services to our players during games.

Each senior player was inducted into the BBHC Alumni Association by our current BBHC president and Broncos Hockey Alumni, Peter Wasem.  The Varsity team baskets were raffled off throughout the night and the winner of the 50/50 raffle was the Pflanz family.

The night ended with the annual tradition of the senior players presenting the juniors with gifts. Thank you to Maureen Slott, Sue McVickers and their committee for putting together such a great night! 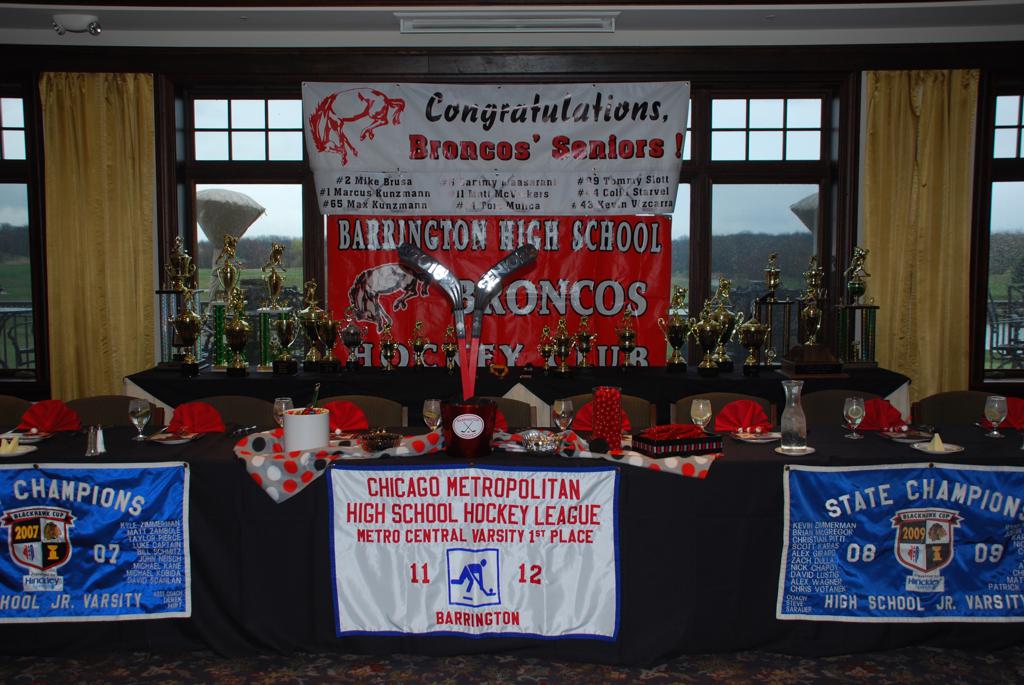